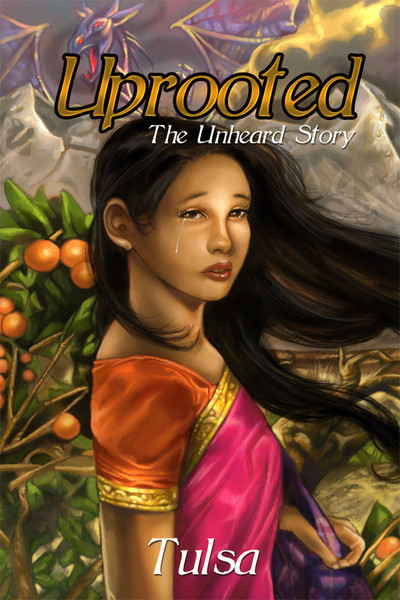 Uprooted: The Unheard Story
by Tulsa

Uprooted tells the story of the Bhutanese people of Nepali origin who were evicted from their homeland, through the eyes of Goshi, a native Bhutanese woman. The story follows Goshi from her childhood in a small village in Bhutan, to her adolescence and schooling, and finally into her adulthood, all the while giving insight and understanding into the events leading up to the exile of the Bhutanese people. She tells of their endurance and resilience, challenges and hardships; of how over a 100,000 of these people were marginalized from being part of a multicultural society and forced to flee the only home they knew to live as refugees in camps in eastern Nepal for seventeen years starting late 1980s.

It is the tale of youths trying to blend and fit, torn between conformity and deviance, and the adults struggle to adjust in a different socio - cultural environment. After being resettled to various countries including the United States, Canada, Australia, New Zealand, Netherland, Norway and the United Kingdom in 2008, these people were forced to overcome a host of challenges that come with settling in a completely new environment.

Most importantly, this book helps in bringing out the refugees side of the story on how a large portion of the Bhutanese population were evicted almost overnight, and what stress the people went through when displaced from the only home known to them.

Born the fifth of ten children, Tulsa was raised in Dagapela of Southern Bhutan by her farmer parents. She is one among the thousands of Bhutanese of Nepali origin, who were uprooted from their home and hearth. Having fled the country in January 1992, she lived in exile in Nepal for seventeen years. She, her husband, and their two children have since resettled and have been residents of the United States of America here since September 2008. Her passion for writing, along with her specializations in Sociology and Political Science, allowed her to write this book. She hopes this book will be of special interest to not only the whole former refugee community now scattered across the world, but also to those responsible for relocation and settlement in America and other countries.

Apart from her full-time job, Tulsa enjoys reading, cooking, listening to music, yoga, and occasional knitting, as well as spending time with the community elders to converse in English, the language of their new home.

Truth in Stories: Ages 4 through 6