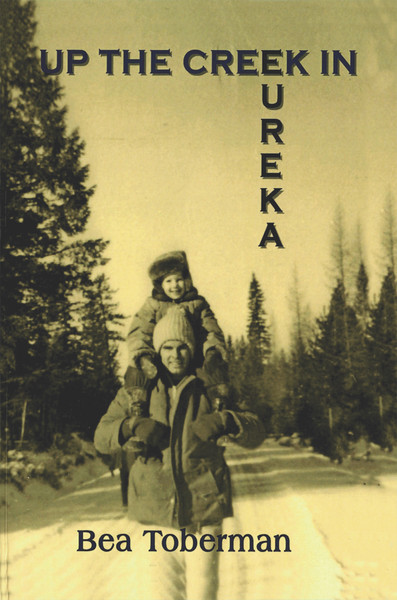 Up the Creek in Eureka is the lovely, touching, sometimes thrilling, account of a family’s adventures after moving to a log cabin in Eureka, Montana in 1962, during the Cuban Missile Crisis.

Follow their triumphs and stumbles as they reshape their life in Big Sky country, surrounded by the breathtaking beauty of nature and the friendly—mostly friendly—residents of Eureka.

It was as much fun writing this book as it was living it for author Bea Toberman. Never did she think these two years would be so much alive, even fifty years later, much less in a book.

Toberman now thinks she knows who it was that wanted to lynch them, thanks to a reader. He has passed away a while back.

Bea Toberman loves to write, and even at age eighty-eight, she finds herself putting down stories as they come to mind. Toberman keeps a journal of whatever these may be. Maybe even for another book. Who knows...?

Up the Creek in Eureka - eBook