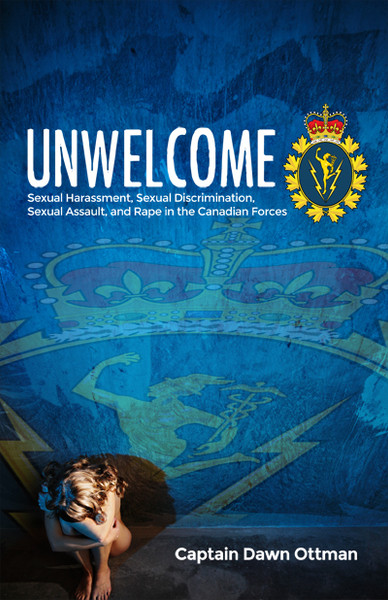 Captain Dawn Ottman joined the Canadian military in 1978 when she was 18. Canada was for the underdog and Ottman, having spent her childhood in poverty and protecting her sister from bullies was both an underdog and a champion of them herself. She happily put her life on the line for her country.

From the beginning, Ottman endured harassment and insults for being a woman. After one early incident, she went to the military police. She was told no one would ever take her word over that of the officer. Determined to excel, Ottman rose through the ranks and became Canadas first female space scientist. Still, the abuse continued. Ottman was harassed, insulted, and charged with mutiny. She was able to make differences with individual soldiers a former harasser asked advice when his own daughter received similar abuse but the military as a whole remained toxic. In 1995, Ottman decided to retire and move to the United States. On a last visit with a fellow soldier and friend, she was brutally attacked.

Unwelcome is a frank and unsparing look at the effect of rape and sexual assault. Ottman has spent decades dealing with PTSD. Her efforts to receive veterans benefits set an important precedent. Not without hope and encouragement, Ottman knows that women in the military continue to face horrific abuse. She speaks out to share her story and provide guidance and support for all women soldiers.

Ottman wanted to serve her country. She never asked for trouble. As a warrior, it causes her great pain that her biggest fight had to be against her own country.

About the Author:
Captain Dawn Ottman has worked for Motorola as a spacecraft engineer, EMC Corporation developing software, and started her own company, CanDew Scientific, for patent testing. She has served in several organizations that encourage women working in technology and engineering jobs.

Ottman has written numerous papers and articles on chemistry, technology, and natural energy. She is the author of Rebecca, White Medicine Woman about her great-grandmothers heroic life and death.

Currently, Ottman is working on a masters degree in Theological Studies. She is the proud mother of a loving daughter. She lives in South Dakota with her husband. Visit the author's website at unwelcomethebook.com.