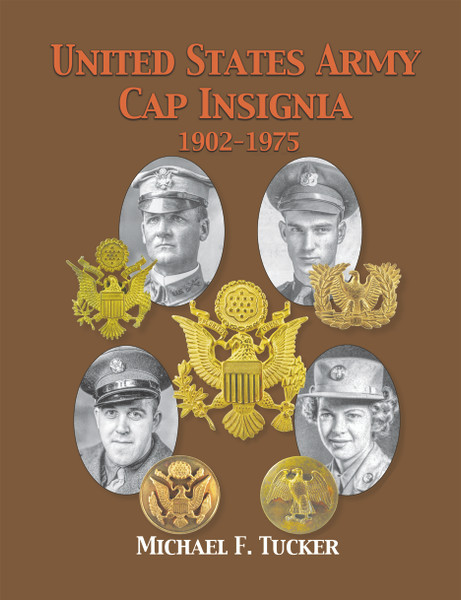 America was entering a new century. Fresh from defeating Spain in the Spanish-American War, the young country was assuming its new position in the old world order. Filled with confidence and economic strength, the United Sates looked towards the future with the many opportunities and changes presented to it and its people. These changes also applied to the United States Army and its uniforms, in particular, the uniform cap and its insignia. Presented here are those changes in US Army cap insignia during the twentieth century. Shown in photographs and words drawn from US Government and US Army archives, with dimensions and close‑up images of insignia, a thorough history can now be revealed!

Praise for United States Army Cap Insignia 1902-1975:
“this magnificent volume — the kind collectors love. Organized chronologically, the book not only illustrates the fronts and backs of eagle insignia, it delves into the slight nuances and variations while attributing to particular manufacturers and assigning a rarity level…With a foreword and endorsement by the preeminent US Army insignia scholar, Lt. Col (Ret.) William K. Emerson, United States Army Cap Insignia takes its place on the shelf of standard research material for any collector, student, or dealer of 20th century U.S. Army insignia and uniforms. It is one of the books you need to buy immediately before it becomes an “out-of-print” standard..” - John Adams-Graf (www.militarytrader.com)