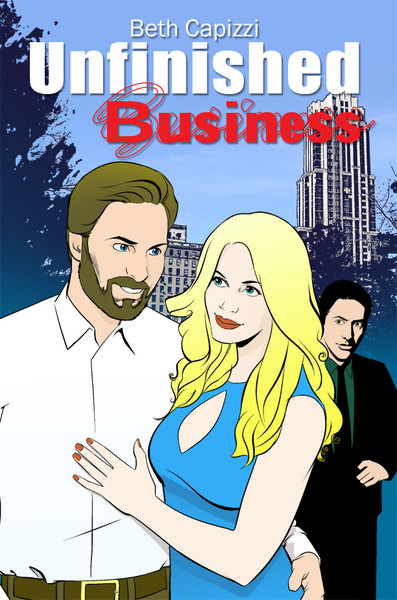 As Kayleen Carlton’s father grows increasingly ill, she’s forced to put her dreams of fashion designing on hold and to take on more of a role in her father’s business—as if she doesn’t have enough on her plate right now. With money missing from the business accounts, two twin daughters to raise, a husband who is pursuing his own career, Kayleen is doing all she can to make it through the next day.

But when her former love shows up out of the blue, Kayleen can’t help but feel something. As she quickly realizes her former feelings aren’t so in the past, Kayleen has no choice but to face the future—and her unfinished business.

Beth Capizzi is a retired math teacher who lives in Syracuse, New York. She volunteers regularly at the Central New York SPCA. She loves music and attending concerts.