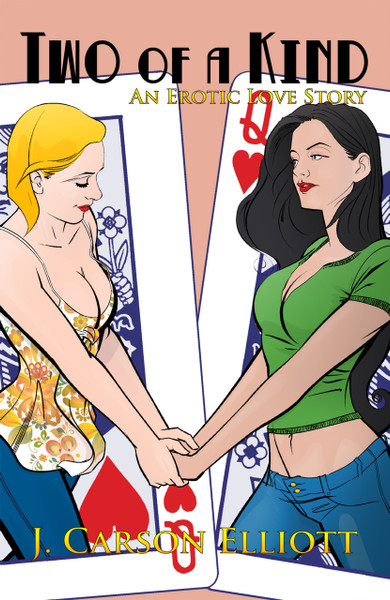 Two of a Kind
by J. Carson Elliott

About the Author: J. CARSON ELLIOTT spent most of his life in southern New England. A graduate of the University of Connecticut, he placed his B.A. degree aside following graduation and spent the next 30 years as a radio personality, station Music Director, and commercial voice-over artist, working half his career at popular WELI radio in New Haven, CT, from 1981-1995 as Jay McCormick. During his colorful radio career, Jay McCormick emceed concerts by America, Eric Carmen, and Chuck Berry; interviewed such diverse celebrities as comedians Jerry Lewis and Robert Klein, singers Paul Anka, Bobby Vinton and Paul Stookey, actress/singer Pia Zadora (Butterfly), and actor Barry Williams from TV's The Brady Bunch; taught announcing for several years at Connecticut School of Broadcasting; and even spent 10 days working as an AFTRA-SAG movie extra on Martha's Vineyard during the 1974 filming of Jaws. Mr. Elliott also did some acting in community theater and dabbled successfully in business as the owner of Sweet Tooth Distributing (a dessert-cake restaurant distributor) and Road Watch Traffic (a daily traffic-reporting service for radio stations).

Besides writing, in his spare time the author enjoys hiking, rock-hounding, lapidary arts, bicycling, cooking, gardening and landscaping, Nature study, photography, and is a self-described movie addict. Mr. Elliott is a fervent supporter of animal rights, protection, and pet adoption, and believes in strict conservation of our National Parks, public lands, and waterways.

Married twice and currently single, Mr. Elliott lives most of the year in the American Southwest with his beloved red-golden retriever by his side.