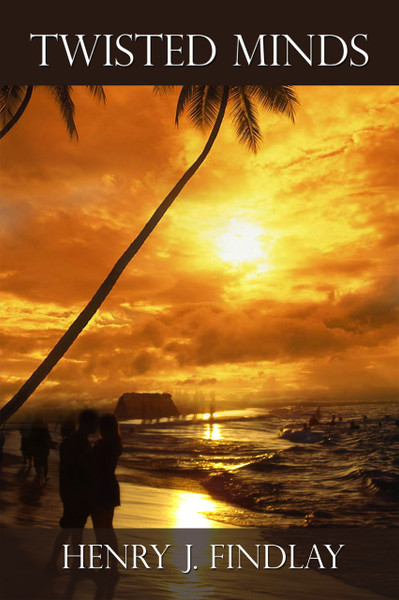 The dwelling of an individual's mind is a vast, complicated space where no one is all good or bad. Passions become secrets, and secrets become dangerous. When a university student, Jeremy McKneese, has an affair with his accomplished, yet controversial professor, Allison Alcott, it becomes more than a simple love affair.

After the professor is found murdered in her home, it is McKneese who takes the lead in the suspect pool. But the murder of the professor is more than the result of an affair, and may have connections in the university, police force, and even involve the prime minister. It's up to McKneese, and those who believe in his innocence, to discover the truth behind the many layers surrounding the professor's death.

Politics, lust, jealousy, and betrayal all intertwine in Henry J. Findlay's Twisted Minds. He hopes readers enjoy the overlapping relationships, mystery, and the importance of every detail in problem solving.

About the Author: Henry J. Findlay is a professor of education at Tuskegee University, and holds both B.S. and M.S. degrees in agribusiness education as well as a doctorate in adult education. His current research is on cognitive neuroscience learning theories and their applications to teaching and learning. In the 1970s, he directed several plays and was the 1974 Producer/Director of the Year, awarded by the Jamaica Festival Commission. He has published in professional journals and has received many awards for teaching, research, and service.

He is an active member of the Tuskegee Church of Christ where he serves as treasurer and director of the educational program. He is married to the former Hyacinth Elaine Robinson, a professor of educational leadership at Alabama State University. They have two children, Damian Henry, DMD, MD and Curdell Theresa Grimes. His hobbies include gardening and writing. He lives in Tuskegee, Alabama, with his wife.

Unrequited: Destiny has a way of wishing you were never born