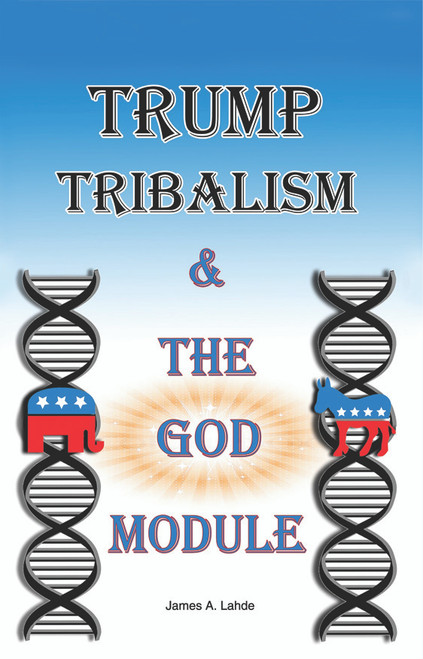 What makes Trump Tribalism and the God Module unique and interesting is the God Module, a cluster of nerves in the human brain that addicts humans to tribal ideologies while blinding them to contrary ideologies—Classic tribalism; and the role God Modules play in driving liberal, rebel forces to ferment chaos in large, established, conservative cultures where community solidarity is lost. Rebels like “Father of the New Left,” Marxist professor Herbert Marcuse who in the 1970s influenced students like Soul Alinsky, Mrs. Clinton and Mr. Obama to destroy capitalism by dividing the country via identity politics—Classic Internecine Tribalism. In a few decades that pathological Marxist philosophy turned into Postmodernism that was driven by the Gang of 5: The media, social sciences, “Income Elite,” Democrat Party, and public education institutions.

"At Odds with the Gods: A Series of Rants' by Elaine Kingsbury" - eBook

To the "Awoken Global Citizens" everywhere on this planet... - eBook

To Las Vegas and Back - eBook