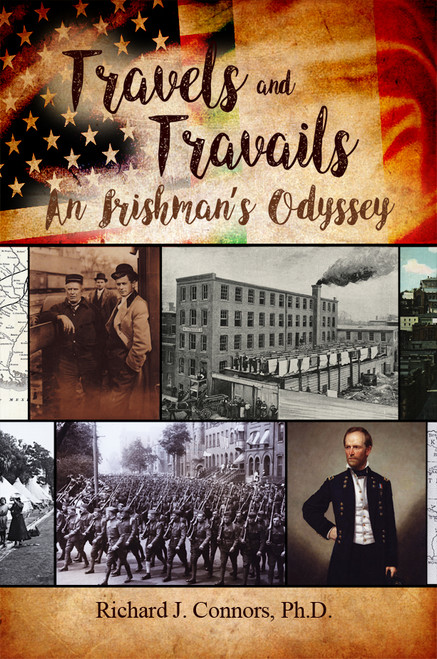 Travels and Travails, a work of historical fiction, focuses on the Dermody family, Irish immigrants who settle in Newark, New Jersey, prior to the Civil War.

The principal character, Frank Dermody, tells us about his father’s experience in the Civil War as a member of General William Sherman’s Union Army. We then learn about Frank’s own life as a boy in rural Ireland and his coming to America at the end of the nineteenth century. Frank’s travels and travails follow, with emphasis on his time in San Francisco during its 1906 earthquake, his passage through the Panama Canal during its construction, and his life in Newark during the First World War. The coming of Prohibition marks the end of Frank’s career as tavern owner—and of his youthful odyssey.

Richard J. Connors’ vocational goal was to become a university professor, inspired by his family. Although his teaching field is political science, his first love has always been history. It has also been a passion of his wife’s, and they have visited most of the states, as well as other countries, Ireland being a particular favorite.