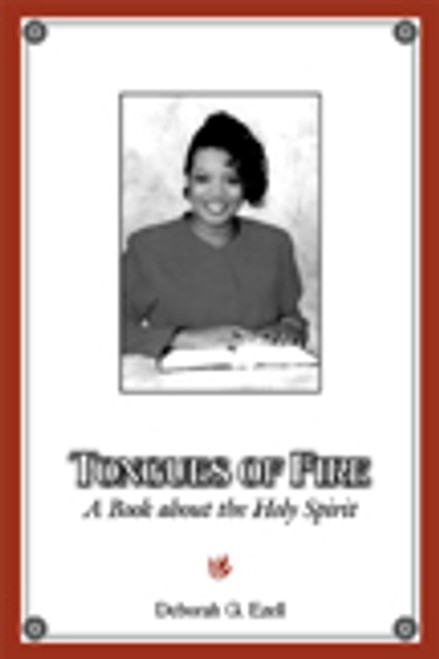 Most Christians feel some connection with the divine, but how many keenly understand the relationship between members of the Holy Trinity?

In Tongues of Fire: A Book about the Holy Spirit, Deborah G. Ezell explores the Person of the Holy Spirit, using a systematic method to illustrate His origin, His link with Jesus Christ, and the ways in which He manifests Himself in the believers daily life. Incorporating her intimate experience of gaining peace by becoming more profoundly committed to operating from a true position of faith, the author reflects on how the Holy Spirits gifts to humankind may be utilized most effectively to strengthen the Church, its congregation, and surrounding community.

Asserting that achieving such a goal begins with the individual, Ms. Ezell begins by relating her personal journey as she moved away from the habits and lifestyle that may have been preventing her from realizing a real link with God. The author further intertwines thoughts on her own evolution as she defines each phase of knowing the Holy Spirit, then helps the reader confirm his or her progress by furnishing Review sections following each chapter. Whether one already feels secure in a bond with the Holy Trinity or searches for a deeper spiritual knowledge, Ms. Ezell advances a viable program for investigating the nuances of the Holy Spirit as a supportive force. At a time when contemporary challenges have the capacity to lead the mortal astray, Tongues of Fire: A Book about the Holy Spirit shines a guiding light toward salvation.

A minister and mother, Deborah G. Ezell spent her formative years in Tulsa, Oklahoma, where she was baptized at Greater Union Baptist Church. As an adult, the author became a born again Christian in 1987 and heard her call to the ministry some twelve years later, at Gospel Tabernacle Church in Dallas, Texas, where she now resides. Ms. Ezell began her professional writing career as a technical writer at a Plano-based company more than seventeen years ago. Ms. Ezell received a BA in English from California State College in Bakersfield. She holds several awards in her field including The National Library of Poetry for a couple of poems she wrote in 1993 and 1994. In 1996 and 2000, she was nominated for a place in Whos Who of American Women. Currently the author splits her time between various creative endeavors such as developing workshops and composing gospel music, attending to her ministry, and spending time with her three children and three grandchildren. Ms. Ezell recently completed a screenplay and is now working on her next book.

An Inductive Study of the Holy Spirit - eBook

An Inductive Study of the Holy Spirit