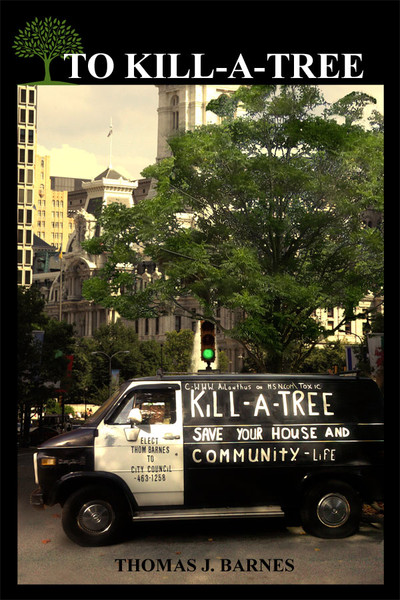 To Kill a Tree /b>
by Thomas J. Barnes

Thomas J. Barnes is a retired policeman who becomes an advocate of peoples rights in Philadelphia through his letters to its residents, organizations, newspapers, judges, and politiciansincluding presidents Clinton and Obamathat calls for action.

Back in 1993, his desire to protect his house from deterioration led him to a bigger problem that would destroy the neighborhood he loves. He discovered that the tree of heaven or Ailanthus were sucking the moisture of concrete, making them brittle. If left to propagate, all concrete houses in their community would crumble. He kept on writing letters to their respective city administrators for help, but when it didnt come, he took it upon himself to destroy the menace; thus, he cut off the trees one by one together with some concerned citizens. As the years passed, he learned he was a seer, tasked by Godagain, through written letters of protest or call for actionto expose and eventually stop the corruptions by the powerful people who miscarry justice.

Born and raised in Philadelphia, Thomas J. Barnes served in the US Army for six years and in the Philadelphia Police Department for twenty years. He retired at the age of forty-seven and focused on the business he co-owned, which reached the peak of its success as a corporation during the late 60s to early 70s. He actively participates in community activities to this day.