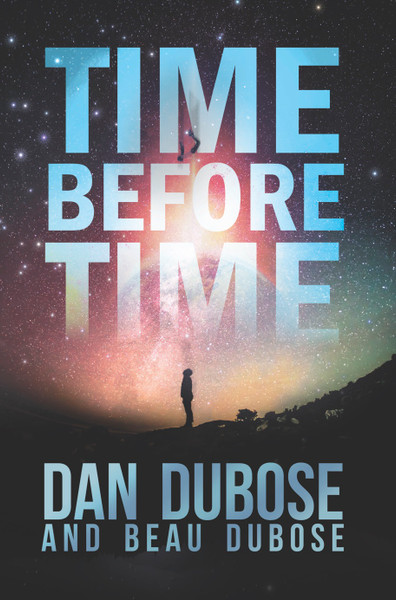 Time Before Time begins with a genius professor (Emerson Whitmore) who is disgruntled with his mainstream scientist peers. His theories on many advanced civilizations developing on Earth over and over across millions of years got him crossways with most mainstream scientists and almost banned from institutions of higher learning. He decides to build a time machine to go see for himself what happened in history.

He hires a bodyguard, who is recently retired from the combined space and ground force of the Earth’s defense service (John Chantry). Chantry is a big man and an expert in every weapon imaginable, a self-defense expert, and an expert in anti-gravity space combat. Together they make several stops and run into other races from other constellations that have tried to use the Earth for their own purposes.

Dan DuBose graduated from Texas A&M University with a major in Construction Engineering and a minor in Geology. Upon graduation he was commissioned as a 2nd Lt. in the Air Force and served as a contracting officer at Lowry AFB in Denver until he left the Air Force with the rank of Captain. Currently he is an executive VP of Yates Construction in charge of the cost analysis of close to 8 billion dollars’ worth of construction projects every year.

Dan is proud of his wonderful family. He and his wonderful wife and best friend, Beki, have two grown kids: a daughter, who is an accountant, and a son, who is a graduate engineer and is now a Senior Project Manager for Yates Construction. They have a granddaughter, 21 years old, who is graduating in Marine Biology from the University of Southern Miss. next year. They also have a seven-year-old grandson who loves soccer.

The DuBose family has a camp—or camp condo, as Dan’s wife calls it—on the banks of Toledo Bend Lake, a 187,000-acre reservoir on the border between LA and TX bordering the Sabine National Forest. In whatever spare time they could manage over the last 15 years, they have slowly built the place into a wonderful place to go and relax, with or without the family. The front porch is the best, overlooking the beautiful lake.