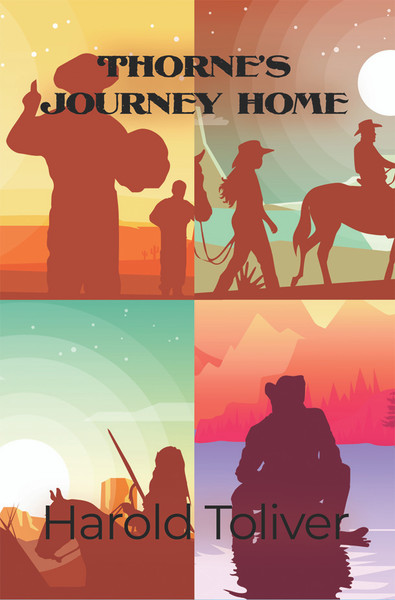 Thorne’s Journey Home focuses on the terrain and Indian tribal territories in the mid-nineteenth century in northern California. Thorne, after many months searching for gold, journeys home through such territories. He encounters other journeyers on the road, some friendly, some hostile, and discovers two children, survivors of a massacre. Interspersed are segments of Thorne’s brother as he chronicles his experience with the Civil War, their Boston heritage, and his southern wife. Thorne’s journey is indicative of a time in American history when the west was untamed.

Harold Toliver wrote primarily in literary theory and criticism until retirement, when science and history were added in a series of books linking the humanities and arts to advances in physics, astronomy, and other reality-defining studies.

The Journey of Max and Midnight - eBook