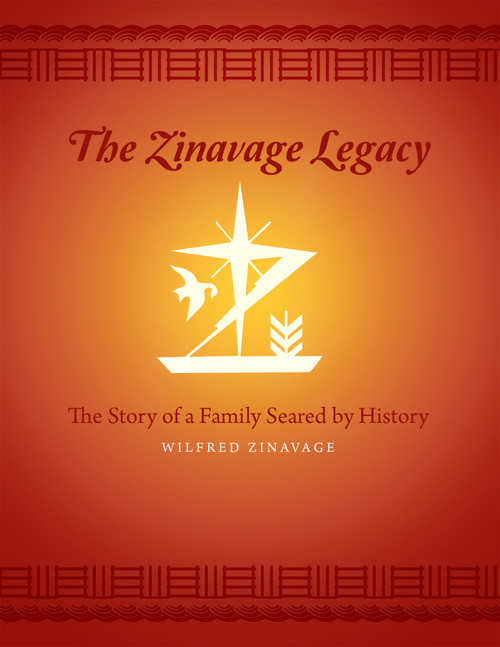 Names change, writes Wilfred Zinavage, but genes dont; neither does history. In this detailed history of one familys struggle across generations, Zinavage records how history has marked the descendants of Antoni and Ketrin Ziniewicz. From humble roots in Russian-controlled Poland to the challenges of starting again as immigrants in America, their story is a familiar one of hardships and obstacles overcome, and of what it means to be a family.

A collection of historical narrative, letters saved and lovingly transcribed, family photographs, and personal memoir, The Zinavage Legacy captures one familys story with compassion and complexity, a brilliant firsthand look at one thread of the American experience.

Raised on a farm in Baltic, Connecticut, (near New London, the submarine capital of the world), Wilfred Zinavage joined the U.S. Navy at eighteen. Trained as an Aviation Electronics Technician, he became an air crew member and flew on the Navys first nuclear bomber (the P2V-7 Neptune bomber). Hand-picked along with seventeen other specialists, he later became one of the Navys first in-flight technicians on the world record-holding P3C aircraft. At the peak of his career, he was involved in several secret projects. He still suffers nightmares from his military experiences.

The Versatile Vision of Theresa - eBook