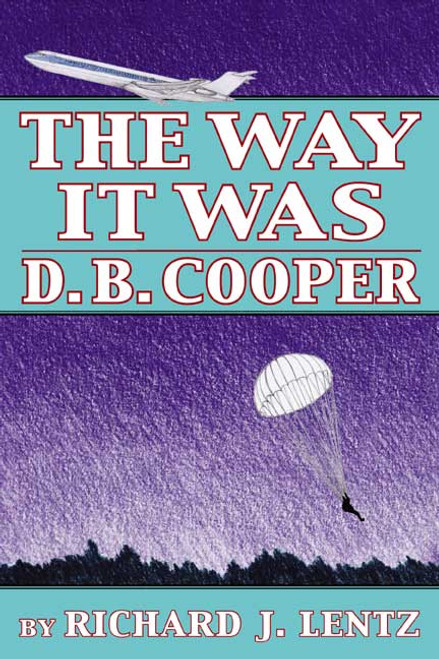 by Richard J. Lentz On November 24, 1971, before revealing contents of a briefcase that appeared to be components of a bomb, a man handed a note to a flight attendant of a Boeing 727, flying over the Pacific Northwest, which announced he had hijacked the plane. After his demands were met, including a ransom payout of two hundred thousand dollars in exchange for the safety of the crew and passengers on board, he allegedly leapt from the back of the plane with his reward. To this day, no conclusive evidence ever surfaced regarding the whereabouts of Dan Cooper, dubbed D. B. Cooper by the press. In The Way It Was, Richard J. Lentz proposes an alternative suggestion maybe Cooper didnt jump from the plane after all and instead became a stow-away. In this journal-style format of the fictional writings of D. B. Cooper, we ponder another possibility in the fate of this notorious individual. And if he is, in fact, still alive, Cooper may sardonically be thinking, I hope not too many people are unhappy to learn I did not jump to my death. ABOUT THE AUTHOR Coming to the conclusion that it simply would be too risky to jump and lose all that money, Richard J. Lentz has presented us with The Way It Was, the result of the fascination he has with a mystery never solved. A native of Merrillville, Indiana, Lentz, a Navy veteran of WWII, obtained his bachelor of arts degree from Indiana State University and is currently retired. He has four children: Leonard, Reta, Betty, and Lisa. (2007, saddlewire, 16 pages)
×