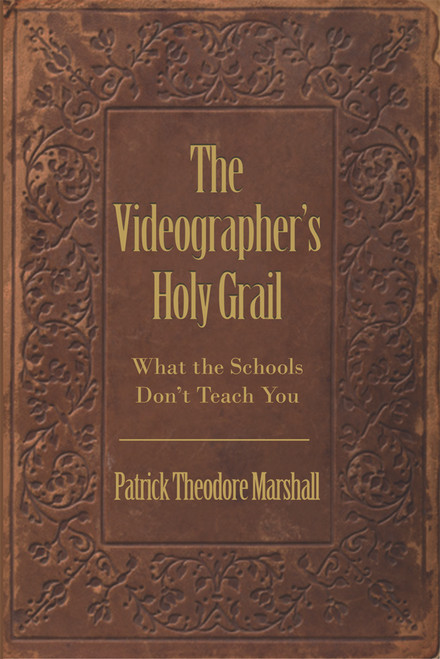 The Videographer’s Holy Grail: What the Schools Don't Teach You

The Videographer’s Holy Grail is about learning how to create everything you see on movies and television, basically everything that the schools you pay thousands of dollars to go to don't teach.

Everyone watches their favorite movie and is astounded by the special effects that they're viewing. Marshall gives you the ability to create what you've seen on the big screen, whether it's a superhero movie, or an action-packed fire, smoke, and debris-filled movie. This book gives you the knowhow, putting you in the driver’s seat, and the sky is the limit.

Read The Videographer’s Holy Grail to receive your own spark of energy that makes you embark on a new career in video editing and become as great as the editors we see on the big screen, knowing that one day that film could be yours!

Patrick Theodore Marshall has been donating his time and talent to the musicians, artists, comedians, youth sporting leagues, and law firms in the Midwest for the last ten years. His hobbies are woodworking and reading.

With a special interest in donating to the youth, Patrick tries to donate each month but makes sure at least a few times a year. He donates film gear to less fortunate younger adults to help them in their journey to film making and is currently a part of an organization called the Marshall & Mitchell School of Videography, an organization that helps the youth to become future film and entertainment creators.

Meanwhile, Back at the Ranch: My Favorite Tales of Old Wyoming

Just Beyond the Law

The Chronicles of William John Brickell the Second

31 Days of Down Syndrome: A Handbook for Special Families

Attack of the Night Cows (HB)