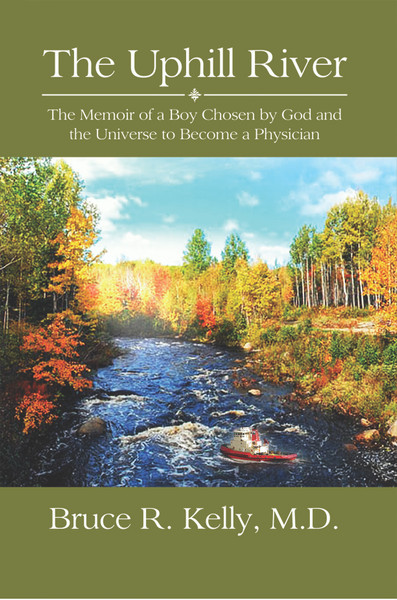 The Uphill River is the unlikely odyssey of a lower middle-class boy through a life that God and the universe chose for him. Through imagery and humor, you will share the experiences and insecurities of this overachiever, striving to become what would seem a very secure hospitalist on an inpatient spinal cord rehabilitation unit. This man led a multidimensional life with special circumstances and unique experiences in and out of medicine. Many of the names are fictional, but the stories are real. The true scenarios are more dramatic than any he could have created. This book will reveal all of the challenges and foibles along the way. The secret handshake will not be revealed, but the humanity and unique insights will.

Bruce R. Kelly grew up in a blue-collar family in Creighton, PA. He had one brother, Robert W. Kelly and for seemingly different reasons, they both became physicians. They were the first college graduates in their immediate family. Bruce met his soulmate, Dolly Caldwell at Harmarville Rehabilitation Center when he was an orderly and she was an LPN. They married his senior year of college, and she has been his more-than-understanding partner for forty-eight years. With minimal help from him, she raised three children - two of whom became physicians and one a cyber security analyst. They have five grandchildren ranging from three to sixteen years old. As his niece explained to a mutual friend, Bruce was more artsy and his brother more athletic. Bruce was a pianist and an oil painter (not an artist). In his later life, Bruce developed an interest in wood projects. He retired in 2016 after thirty-three years as the medical hospitalist on the spinal cord unit of HealthSouth Harmarville Rehabilitation Hospital and spent the last six months as the interim medical director. Now he reads, writes, exercises, watches crime dramas, and enjoys his grandchildren.

The Uphill River: The Memoir of a Boy Chosen by God and the Universe to Become a Physician (PB)