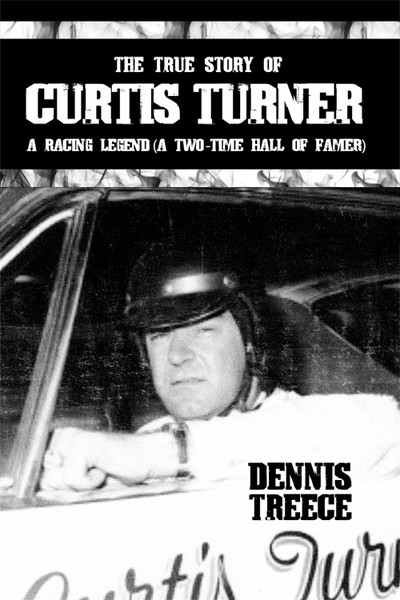 The True Story of Curtis Turner: A Racing Legend (A Two Time Hall of Famer)
by Dennis Treece

Curtis Turner won an incredible 360 races in various stock-car racing circuits from 1946 to 1965, and is widely recognized as one of the greatest dirt-track drivers in history. A true pioneer of the sport, Turner went from running moonshine for his father as a kid to earning the distinction of NASCARs first driver to grace the cover of Sports Illustrated. A 1992 inductee into International Motorsports Hall of Fame, Turner is without a doubt an all-time racing legend.

It was more than Turners winning ways that cemented his legendary status with racing fans and fellow drivers. With a swashbuckling style both on and off the track, Turner was a partier, a playboy, and an innovative entrepreneur, who had an eager but edgy spirit that drove him through one of the most cantankerous lives ever lived.

Told through the eyes of best friend and business associate Dennis Treece, The True Story of Curtis Turner: A Racing Legend (A Two-Time Hall of Famer) reveals never-before-told stories from Turners life, a life Treece describes as momentous havoc.

From outrunning police during his moonshine days to out-racing NASCARs best drivers (including one year where he won a record 25 NASCAR events), Turners skill and moxie never waned behind the wheel. He earned the nickname Pops for his propensity to pop other drivers on the track. Turner attempted to organize a drivers union in 1961, earning a lifetime ban from NASCAR. (The ban was lifted in 1965.)

Yet, off the track was where the real mayhem occurred. In one tragically foreshadowing story, Treece recounts one of Turners several brush-with-death experiences in the cockpit. An avid pilotan indispensable hobby after he lost his drivers licenseTurner and a few business associates flew from Philadelphia to Charlotte in a brutal snowstorm. Landing on a snow-packed runway, his plane was estimated to carry 150 pounds of ice. After the precarious landing, Turner merely said to his passengers, Hell of a day, aint it boys!