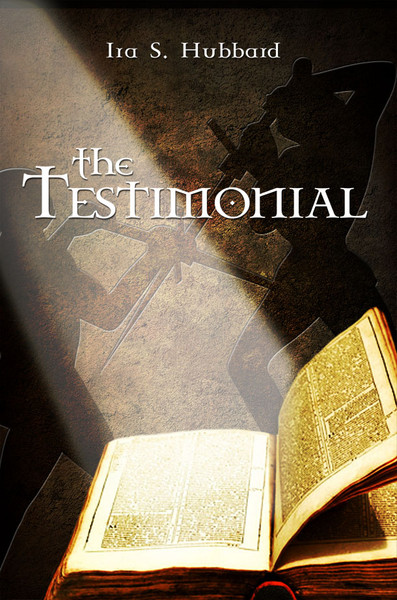 The Testimonial
by Ira Hubbard

David had it all. At just twenty-nine, he was prepared to receive the promotion that would put him on the fast track to a successful career. But the morning of his promotional interview brought about shocking news that sent Davids perfectly systematic life spiraling and him on a quest to find his missing brother, Tim, with whom David had had no contact with since the death of their mother. A staunch atheist, Davids views were radically different from those of his brother, who he knew had become involved with a fanatical Christian organization. Out of a sense of obligation to fulfill his mothers last wish, David set off on a quest to find his brother. But what he didnt count on was that the search for his brother would bring him face to face with his faltering belief in God and a two-thousand-year-old war between Christians and Satanists. As he dives deeper into this underground world, David begins to realize his love of his brother and of God and his extraordinary abilities, which may finally bring resolution to this ancient conflict. As he discovers these revelations, he has to help answer one of the most important questions in history: Where is the Testimonial?

About the Author: Ira S. Hubbard and his wife, Amanda, reside in Beckley, West Virginia, where he works as a retail store manager. Ira holds a bachelors degree from Bluefield State College in Bluefield, West Virginia. He is the proud father of four, the proud stepfather to his stepson, and the proud grandfather to his first grandson.