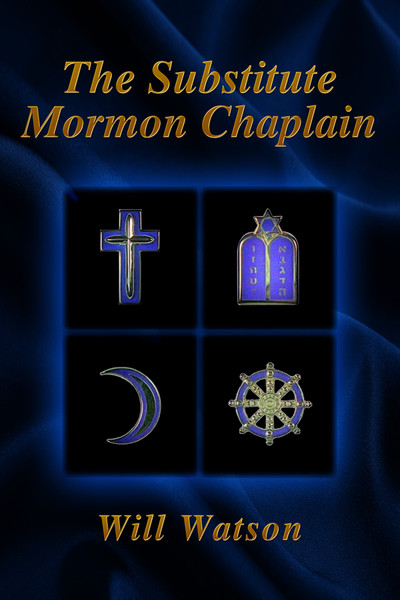 The Substitute Mormon Chaplain
by Will Watson

When Will is diagnosed with pancreatic cancer, he has a crisis of faith. No stranger to struggle and loss, Will has always been strengthened by his Mormon beliefs. But this time, he instead becomes distant, hopeless. His wife, Jan, pushes him to stay strong, to pray, but Will dismisses her pleas. However, her references to his past awaken something in his subconscious, and Will begins to have vivid dreams about his childhood and his experiences in the military, including a stint in Vietnam, where he served as a substitute chaplain. His memories slowly re-ignite the faith he once felt, changing his outlook on life.

Will Watson is a retired Air Force officer living in Utah. He received a Bachelor of Science degree from Brigham Young University at Provo and a masters degree from the University of Arizona at Tucson. He is a graduate of the Post Graduate Intelligence School in Washington, D.C., and has served as Chief of Intelligence on the National Emergency Airborne Command Post under two United States presidents.