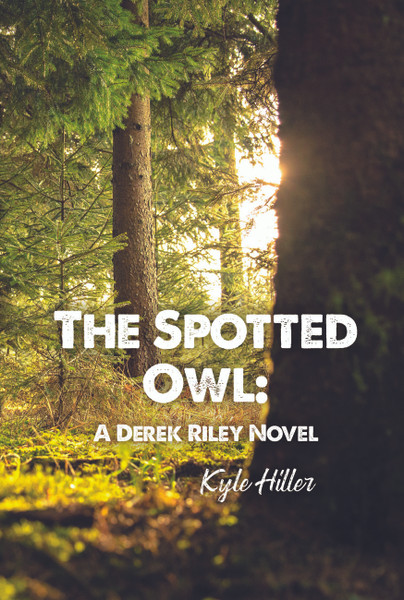 Derek Riley spent nearly his entire life in the service, most of that time in special operations. He was the tip of the spear in one of the most clandestine teams in the government. Things are about to change. Now, nearing the end of his career, a corrupt government agent named Smith has ordered Derek to assassinate a struggling anthropologist before she discovers the truth behind a global conspiracy.

Susan Parker has been humiliated by the media and abandoned by her university, but she remains steadfast in her beliefs. That is when she finds herself caught between trusting a man she has only just met and forces beyond her control. The Spotted Owl: A Derek Riley Novel follows Derek and Susan as they go on the run after being framed for murders they did not commit. Where once he was surrounded by equally trained and lethal men, Derek’s only backup is Susan until the couple turns to Derek’s past for help. To defeat an ever-widening government conspiracy, they work to clear their names, save their lives, and protect innocent victims once thought to be only myth.

Kyle Hiller has been actively involved in the military, law enforcement, special operations, and intelligence communities for more than thirty-five years. He has held concurrent Top Secret (SCI, SI, TK, Gamma) as well as “Q” Level clearances. He has traveled to over fifty different countries on five separate continents, most in service to the government. Kyle has fought in two different wars, conducted hostage rescue operations, arrested violent predatory criminals, and worked in a Joint Terrorism Task Force (JTTF) conducting foreign counterintelligence (FCI) and counterterrorism (CT) activities. Currently Kyle resides in the Pacific Northwest with his wife and family.