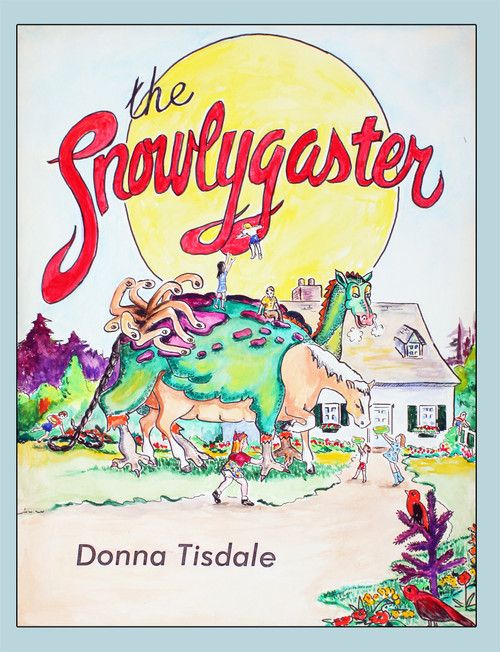 The Snowlygaster
by Donna Tisdale

He had two heads! One like a horse's head with soft brown eyes and a flowing white mane. One like a dragon's head with flashing blue eyes and covered with green scales. This head breathed fire from its nose and mouth. No animal was ever kinder than the Snowlygasters horse head. And none was ever more ferocious than the green dragon head.

Born in 1924 at her grandmothers house in Chico, California, Donna Tisdale, her parents, and her two sisters lived in a wilderness logging town in Feather River Canyon, California. She enjoys being a part of Zonta International, a wonderful service club.