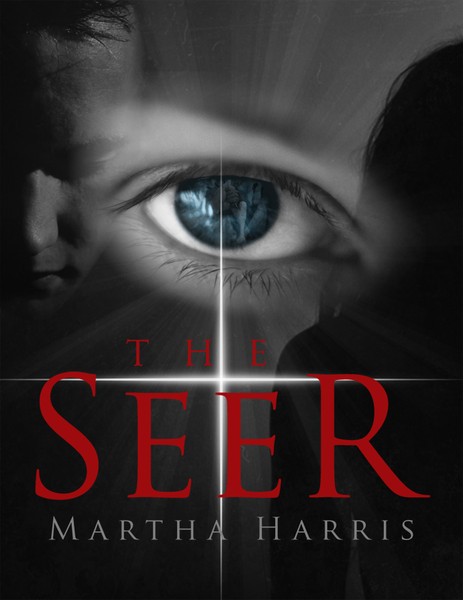 The Seer
by Martha Harris

Bobbi Wheeler is a psychiatrist who uses her psychic abilities to help her patients deal with depression and grief. This ability to know her patients history and inner thoughts through a simple touch is the reason behind her successful therapy sessions with satisfied clients.

Bobbi doesn't always view her abilities as a gift, but a curse, because not all of her dreams are pleasant. She saw her grandfathers death in a dream when she was young child and tried to prevent it but couldn't. This started her feelings of helplessness whenever she dreams about dangers involving people she encountered and touched by chance.

While she may know the ways in dealing with emotional pain, she is also somehow battling with her own frailties and inner turmoil, making her long for the ocean and the pleasant things about it to give her peace. It is in one of these trips that she meets Lance Wolfe, a nonbeliever in psychics and a widower who blames himself for the death of his wife in a car accident. His guilt somehow hinders him from loving another woman again. Nonetheless, Bobbi opens his heart once more, but not completely. He seems to have the gift, as it is with him that Bobbi learns she can communicate using thoughts alone and go through someone elses psychics mind.

In one of her visits to Lances house in Belford, Bobbi feels like she's been inside a man who gave her the most horrifying nightmare ever. This manwho for a time she mistook as one of her patients, Tobias Emersonmurders a couple in her dreams. This man has the ability to control minds and although she is able to go inside the dream and prevent him from doing the crime, the man prevails over her and goes ahead with the carnage. After the police get involved, the man has only one thing on his mindkilling her.

Martha Harris holds a degree in occupational therapy. She has been writing poems, short stories, and novels since she was in sixth grade.