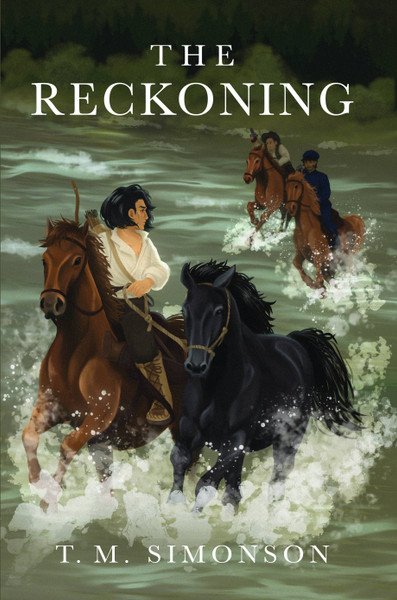 In the early 1800s, when the Mexican Government had control of the Texas territory, a family living in the territory is murdered by the Mexican Army, all but one—Morgan Flynn. Upon discovering the dead bodies of his family, Morgan vows to take revenge. He befriends a local Indian boy, returning with his local tribe. There he learns new skills and how to fight his enemies. Through this learning Morgan will learn, not only how to take care of himself, but of everyone around him. Beyond revenge, The Reckoning is a story of community, and one in particular comes together to grow in the shadow of hatred.

T. M. Simonson is from Montana and grew up working on a family ranch. After working professionally in the oil industry, he continued to stay involved in the raising and training of horses. In retirement, he has written several books ranging from the settling of the West in the 1800s to futuristic novels.

The Ninth Circle: US Customs, Operation Calico, and Their Fall of the Cali Cartel: A Critical Interpretation of the Military, Law Enforcement, and Our Society - eBook

We Live to Love, to Hope, and to Laugh: Through Art and Words of Expression - eBook

The Crates of Life - eBook

Blocks of Time: How to block your time, achieve great success, and…have fun in the process! - eBook