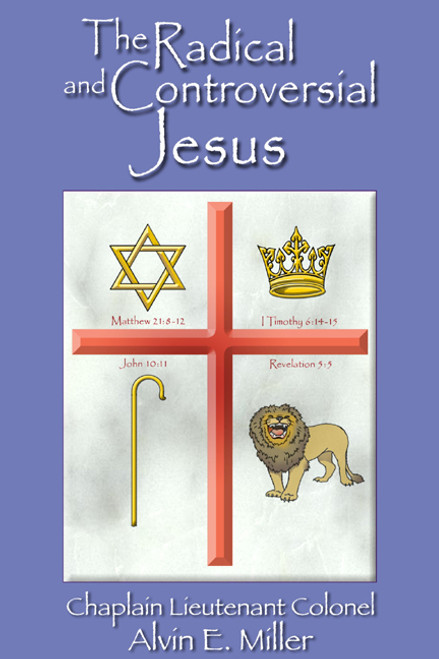 by Chaplain Lieutenant Colonel Alvin E. Miller Was Jesus Christ a radical? Did he set an agenda that upset the established political, religious, and philosophical thought of his time? According to Chaplain Lieutenant Colonel Alvin E. Miller, the answer is yes, our Lord and Savior was indeed The Radical and Controversial Jesus. It is with this approach that Chaplain Miller encourages Christians in society to be radical agents of the Kingdom of God concerning its role in politics, religion, world events, and other social issues. Throughout, he cites the Bible and Christian thinkers from Martin Luther to Martin Luther King, Jr., to show how we, as Christians, must act as agents of this change without fear of retribution from those in power or expectation of immediate reward. Only then are we worthy of the radical and controversial legacy of Jesus. ABOUT THE AUTHOR Chaplain Lieutenant Colonel Alvin E. Miller is pastor of his local church, the Pleasant Green Missionary Baptist Church, as well as a chaplain in the U.S. Army. He earned a Doctor of Ministry from Oral Roberts University and a Master of Divinity from the Southern Baptist Theological Seminary. He also serves his community as a member of the NAACP and the Nashville Interdenominational Ministries Fellowship. He is the father of four children, Alvin Jr., Joshua, and Caleb, and Alvina. (2004, paperback, 294 pages)
×