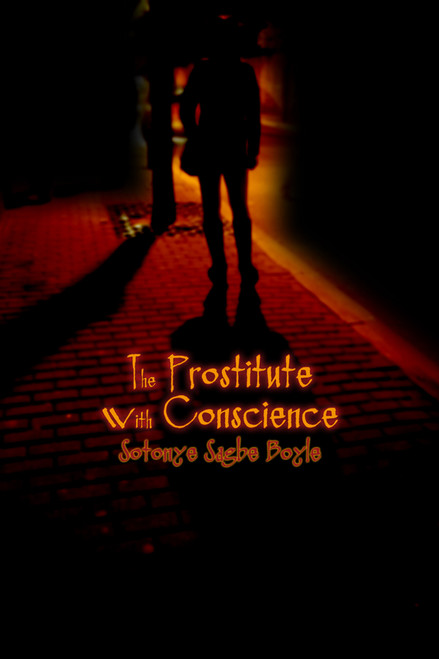 The Prostitute with Conscience
by Sotonye Sagbe Boyle

Little Julian belongs to a simple family of good fortune. However, living in an era where sorcery and witchcraft exist, her familys luck turns into misfortune when her father dies an ill-fated plotted death.

Moriamho, Julians father, is greatly known in their clan for his ability to foretell the future and heal sickness inflicted from wizardry. He himself sees his impending death. Upon his farewell to his family, he says to Julian, You will be a shepherd to look for your lost sheep, after he draws a star on Julians forehead, thus the beginning of a lifetime adventure for the young lady and her clan.

The evils in her clan plot various killings of her family to acquire the fortunes left for Moriamhos family and their hatred for him, being the hindrance to their wicked plans. Julians life growing up becomes a matter of life and death, money or dignity. Although resorting to prostitution to make all ends meet for her and her relatives, who have been so nice to her, she does not divest herself from principlessetting out rules for herself in the prostitution business. Little does she know, her simple act of helping and being honest to a man becomes a turning point in her cursed life when this man searches and offers marriage to her.

Having been married to a secretive wealthy man and having knowledge of her fathers land possession to be given equally to all members of their family, all goes well in the endshe becomes the queen and her long-lost brother becomes the king of their kingdom. As for the evil men of their clan, karma takes a toll in their lives, reversing their fate of living to death.

Sotonye Sagbe Boyle was born and raised in Nigeria and works for Moni Pulo Limited. Boyle earned a bachelors degree in geology at the University of Port Harcourt and pursued a masters degree in Applied Geophysics at River State University of Science and Technology. Boyles love for literature and philosophy inspired the creation of this book.