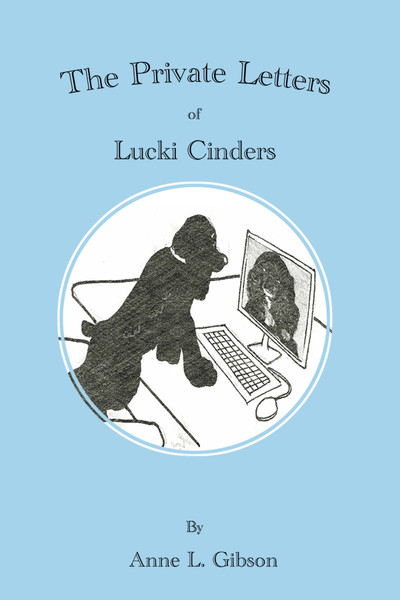 The Private Letters of Lucki Cinders
by Anne L. Gibson

What would our four-legged friends say if they had a voice? In this collection of letters written by little black Cocker Spaniel, Lucki Cinders, the personable pup is given voice to cheer up one of her favorite humans, Imajean, who has been diagnosed with cancer. With each letter, Anne L. Gibson lovingly renders a tribute to both Lucki and Imajean in what she calls a kids book for grownups, in which the moral is to help others to laugh and feel joy any way you can.

Anne L. Gibson is a retired professor and ardent dog lover. After a career in medical technology, she earned a Ph.D. in French literature and taught French lit at the University of Texas at Arlington for 30 years. Until age 80, Anne was a lifelong tennis player and has traveled extensively across the globe. She now focuses on her passions, writing and filmmakinghaving produced a few shorts and even one feature filmand, of course, her dog. She lives in Arlington, Texas.

"Being in the hospital can be a difficult time for children and their families. [This] book allows us to help bring smiles and wonder to all those who receive care at Boston Children's  hospital."

Letters to My Daughter - eBook