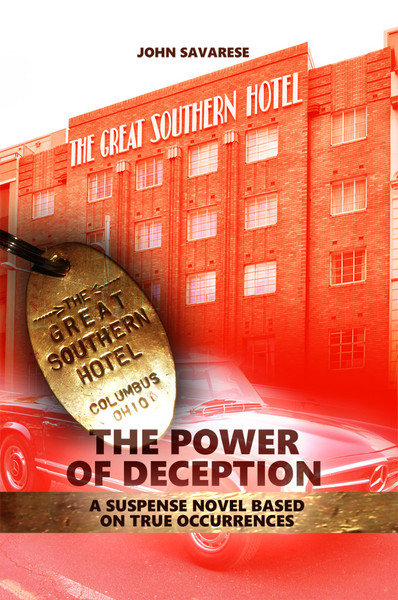 The Power of Deception
by John Savarese

John Rossi is an ambitious young Wall Street trader, sent to the relative quiet of Columbus, Ohio, to facilitate a deal. But almost immediately he is snared by the intrigues of the wealthy Swartz familymade of the mysterious Dorothy, the ruthless Stanley, and their three lovely daughtersand a simple deal becomes very complicated.

John Savarese is a former corporate bond broker, who traded bonds between the major security firms on Wall Street. He also had a career as a commercial real estate broker, which took him from San Diego to Houston, Los Angeles, Oakland, St Louis, and of course Columbus, Ohio.