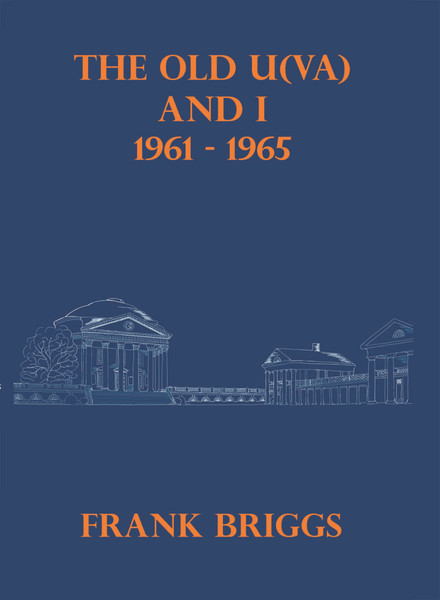 “Exceptionally well written, impressively organized, and thoroughly 'reader friendly' in presentation, "The Old U(VA) and I: 1961-1965" is both a timely and timeless account of a life lived out in an interesting place during an interesting era. While especially and unreservedly recommended for community, college and university library Contemporary American Biography collections, it should be noted for personal reading lists that "The Old U(VA) and I: 1961-1965" is also readily available in a digital book format (Kindle, $9.99).” (The Midwest Book Review)

Verified Purchase
In the fall of 1959 I entered the Virginia Polytechnic Institute (VPI) in Blacksburg, VA, as a freshman and member of the Corps of Cadets. My goal was to become a commissioned officer in the U. S. Army. I quickly learned that our most disliked rival was the University of Virginia in Charlottesville, VA, around 150 miles away. Charlottesville however had movie theaters, restaurants, liquor stores and fun things to do while Blacksburg offered only a single movie theater and a snack bar at the Trailways bus station. So it did occur to me that the reason VPI didn't like UVA was jealousy But, as I reached page 224 in the book I learned that the real reason for the VPI/UVA mutual dislike was the competition between these two institutions to increase the size of their student populations to tens of thousands. Today VPI is better known as Virginia Tech and both universities did grow their student populations to tens of thousands. With regard to the book, I wanted to read it out of curiosity. Although I might not have liked the UVA Wahoos back then I am a life long resident of Virginia and when out of town relatives came to visit, a trip to Charlottesville to visit Thomas Jefferson's house was always on the agenda. I thoroughly enjoyed the book. Frank Briggs has a wicked sense of humor and the ability to bring characters and events to life with his vivid descriptions. An excellent and fast moving read.

RED: Fate and Time Inseperable... A Promise Volume One Book I (HC)

When RONA Visited My Town (HB)