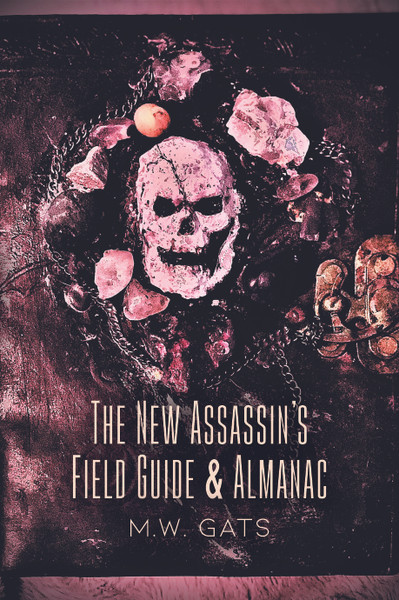 After a hard childhood under the stern gaze of his father, “The Master Chief,” Dan Ketch goes to college thinking he’s free to remake himself and restart his life. But seeking to avenge an injustice leaves him both abandoned by the girl he loved and a murderer. Dan figures it can’t get worse but counts himself lucky he got away with it.
He didn’t.
Approached by the mysterious Kestrel, Dan finds himself “scouted” by a secretive organization called The Thanatos Guild, which sits up and takes notice when a skillful amateur murder has been executed. Dan is given a choice: accept the training the Guild provides and commit three more murders of their choice. Then you can retire to wealth and peace. Refuse, and the authorities will learn all they need about your original crime. A third option is, after your initial three, you can stay with the Guild—as a professional provider of expedient murder. Years later, Dan is just that, wealthy, deadly, and living the life of the successful assassin. He even has a guide—the tome he stole from the Library of Bones—The New Assassin’s Field & Almanac, author unknown, with all the advice a professional killer could want. But when Dan’s long-lost college love reaches him with news of a daughter he never knew, he has to decide if he wants to continue as Proteus, Paladin of The Thanatos Guild, or retire and find anything inside that could be useful as a father to a little girl. And before that decision can be fully considered, Dan finds himself embroiled in a breach of the Guild’s secrets and forced to attempt a rescue of the three people he’s been told to kill next.

M.W. Gats is a former Special Education, English and History teacher, Behaviorist, Rugby Coach, and counselor. He currently resides in South Berwick, Maine, with his wonderful wife, and extraordinary family/clan.

Expect Success! The Science of the Over 50 Career Search - eBook

A Posy from My Garden of Thoughts - eBook

The Journey: From Shackles and Chains to the White House