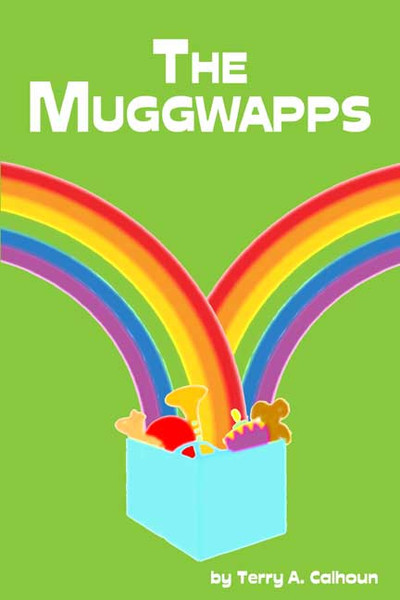 by Terry A. Calhoun The Muggwapps is a book about family, unity, love, and different colors. It is about the differences in each of us that while working together help us make a difference in the world in which we live. One day, a woman who is neighbors with the E.W. Wallmett Toy Factory catches a glimpse of something unusual in the woods nearby. Two garbage bags full of defective stuffed animals, apparently left by someone who didnt know how to correctly stitch them up, are sitting there. So the woman decides she will take on the task of bringing the stuffed animals to life which literally happens. The animals, called the Muggwapps, are stitched to life and can do anything humans do. They talk, walk, and even fight with each other! When the woman leaves to visit her son and daughter-in-law, however, two sneaky con men collaborate to break into her house. What will happen to the new stuffed friends she has made? ABOUT THE AUTHOR A student at Empire State College, Terry Calhoun is a native of Charleston, South Carolina, but currently lives in Queens, New York. Calhoun is also a Sunday school teacher and he enjoys reading, jogging, traveling, and has created the spoken word on CDs. This is his first published book. (2007, paperback, 38 pages)

The Boy with the Red Shoes (HB)

The Mis-Adventures of Temp and Junebug - eBook

The Life of a Software Developer