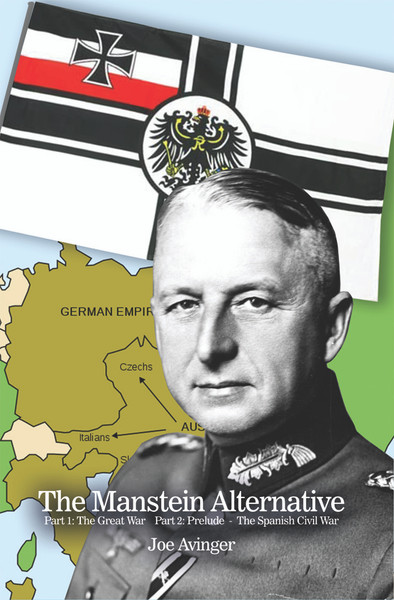 Erich von Manstein had always felt he was destined for great things on the battlefield. A Russian's bullets had other ideas and now the Great War was passing him by. While rehabilitating from his wounds, a chance encounter with Erich Ludendorff, second in command of Germany's armies, set him on a different path. One that would change the world.

The German Empire has survived the Great War, but will Manstein be able to guide it forward? France and Italy have created a new Entente and Charles de Gaulle and Benito Mussolini want revenge.

Joe Avinger is a retired software developer, educated at Georgia Tech. He is an avid reader and self-proclaimed history buff.