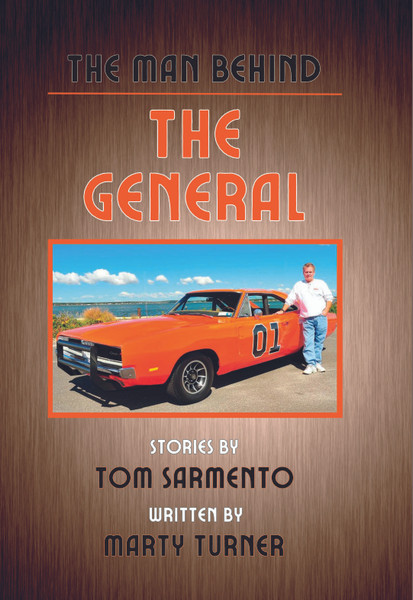 This is the story and picture book of Tom Sarmento’s life - as a son, father and grandfather. For seven seasons, Tom and his team built and maintained those fantastic flying machines on The Dukes of Hazzard. All the stories are now told through his book. It was only a small, but significant part of Tom’s life and career. With many of the show’s fans he still entertains today. It’s time to meet, The Man Behind The General.

Tom Sarmento enlisted in the Marine Corps after high school, served in Vietnam and retired a Sergeant. He was married and has two children that he raised. Tom was a longtime mechanic for Plymouth-Chrysler, NHRA drag racing 72-78. He worked at the Universal & Burbank Studios on several movies and television shows, before working for The Dukes of Hazzard for seven seasons. His stunt career started on The Fall Guy and lasted ten years as a Screen Actors’ Guild member. Tom was a producer for Payback in 1990. After his career in film, he sold Snap-on Tools for 17 years in Charlotte, NC. He continued to do stunt work and build stunt cars for Hazzard Fests from 2002-09 around the United States, Canada, and Europe. During his travels, Tom enjoyed taking up photography and living life to the fullest. “Every day above the ground is a good day!”

BiPoetry from a Man Behind the Wall - eBook

Behind the Wall - eBook