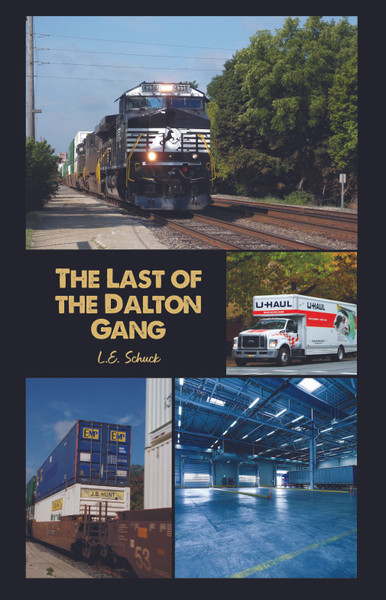 The Last of the Dalton Gang

The Last of the Dalton Gang is a biography of a career criminal who was tutored by older thieves on the art of stealing tires from boxcars on trains. He learned well. He eventually became the mastermind behind thefts of tires and other valuables from warehouses, railroad shipping containers, and boxcars. During Dalton’s forty-plus years of crime, he spent time in three different federal prisons and many state institutions. Dalton recounts many of his crimes and includes several he was never charged for. During the author’s career in law enforcement, he was involved in several of the cases where John Dalton and his gang members were arrested. In fact, over the years trying to build cases against John Dalton, the author finds it unique that he found himself working with Dalton to tell the story about his life and efforts trying not to get caught.

L. E. Schuck is a retired law enforcement officer with thirty-six years of service in both the public and the private sectors. Later in his professional career his supervisory duties necessitated work in several states. New York, Pennsylvania, Ohio, and Georgia among them. Larry also was a Certified Security Consultant and formed his own security consulting business in the Atlanta, Georgia area prior to moving back to Ohio to be close to family. He is an Army veteran and served in Vietnam. Larry and his wife Mary currently reside in Mansfield, Ohio.

The Last of the Dalton Gang - eBook