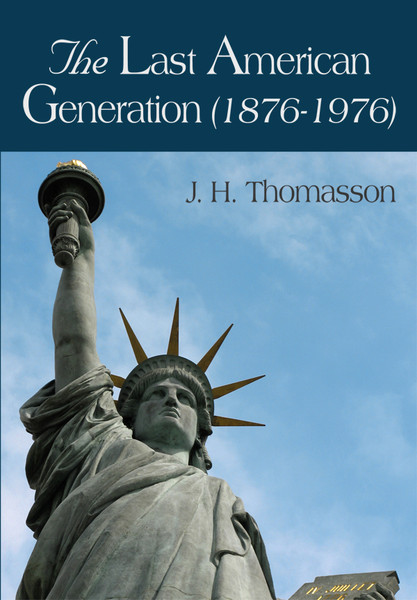 The future is bleak for America in this scenario, where the new generation of men and women are bereft of any Christian moral ethics, and are too spineless to stand up to the threat of terrorism in its weirdest, freakiest form, coming from a group of people any American would least expect to harbor ill-feeling against.

So believes James Farmer, and if anyone is tempted to rebel against the formand styleof the narrative, he or she might find consolation in the nature of the enemies of America as they are here portrayed and described, human creations so grotesque they hardly fit in any decent society, as James confirms.

Confronted with logic-defying, surreal situations, the mind is sometimes admonished to apply suspension of disbelief, and the patient reader would indeed require a lot of it to overcome the challenge of this narrative.

J. H. Thomasson is a forty-two-year native of Newark, New Jersey. He attended both Bloomfield College and Drake College, where he graduated and received a Tech diploma within two years with honors. Married to Geni, he counts book writing, history, and professional hockey as special fields of interest.