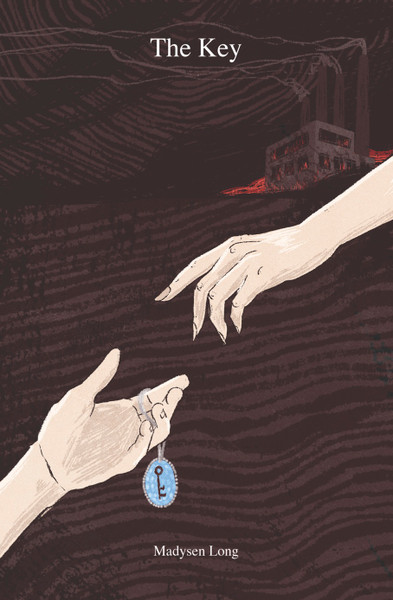 The year is 2088 and the world is different. A war killed most of the population and took many of the communities. One community was able to survive and rebuild after the war, this community is called Nova. In it lives a seventeen-year-old girl, Kaia. Five months ago, Kaia lost her parents to a factory fire. She starts to be drawn to a necklace that her mother wore every day and left for her after she died. The only problem is that it is locked away in a memorial for the factory fire victims. She manages to get the necklace from the memorial but ends up in a detention center called the Dome. As she starts her new life at the Dome, she finds new friends and a potential love interest. She also meets the man behind the idea of the Dome. Joseph is a smart, charming, witty, middle-aged man. As she lives her days at the Dome, she realizes that Joseph has a secret agenda that involves her and her deceased mother. She learns that everyone has secrets at the Dome, including Ethan. Kaia starts to learn of her mother’s past projects and how she ties into them. Only the instructions for her mother’s most recent project are now lost. She must fight along with Ethan and her new friends to stop Joseph from harming Nova. Throughout her journey she must dig deep and use her brain to find messages that have been in front of her, her whole life. She must also be brave and selfless as she puts her community first. She must look past surface level information and dig deeper into what her mother has left for her. She once was a young and naive girl that, through the story, becomes a brave fearless young woman. She must fight her own demons to stop Joseph’s evil plan. She must finish what her mother has started for her.

Madysen Long is twenty-one years old and lives in Utah with her two older sisters and her parents. She is an aunt, to two nephews and two nieces. Madysen loves being an aunt. She is currently a physical therapist assistant in her hometown and has done most of her writing at the clinic. When the days were slow, her awesome boss would let her write. She has always loved writing and knew she would become a published author one day. She would write stories with her grandma when she was a kid. She has been writing this story for the last four years and over those years she rewrote it at least six different times. Each time the general plot was the same only changing a few minor details and characters. The thing she loves about writing is you can create characters in your head and different places as you choose. You have their description, but you ultimately get to create them in your own head. Her motivation then and now will always be if she doesn’t finish her stories, no one will ever meet the characters that she made from scratch. No one will ever see their struggles and be able to relate to them. Everyone has stories in their heads, and she is honored to be able to share her stories with everyone. Madysen hopes that everyone loves her characters and stories as much as she does.

Ali and his adventures with the Desert SEAFLYER (PB)