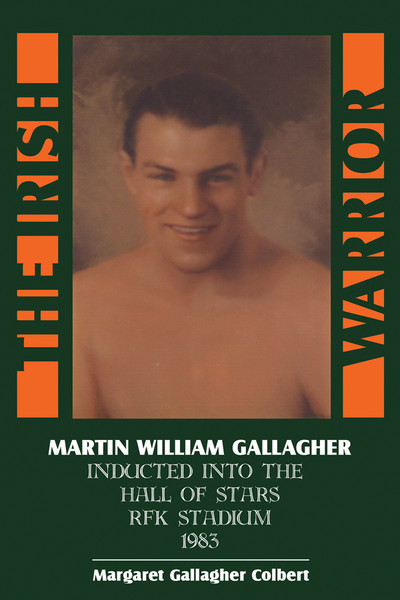 The life story of Marty Gallagher, the cocky Irishman from Washington, D.C., and his meteoric rise to fame as Washingtons own Heavyweight of Foggy Bottom during the height of the Depression, is told with love and admiration through the eyes of his oldest daughter, Margaret. News articles of the time have documented Martys wildly successful boxing career, but it is the stories that have been passed down and shared among family members that tell the real story of Marty Gallagher, a devoted son, husband, and father who worked his way through the ranks to realize his dream of becoming a boxing champion. Reminisce with Margaret as she retells the stories that made Marty Gallagher a symbol of hope and optimism during Americas toughest times. According to an old friend, Marty fought the toughest and best heavyweights in the toughest and best era of boxing to become one of the most admired boxers of his time.

Margaret Gallagher Colbert resides in Frankford, Delaware, with her second husband, Edward. Between them they have five children, eleven grandchildren, and three great-grandchildren. Margaret works as the manager of Deer Run Golf Club and is involved in a number of community organizations, including the Hamlet Homeowners Association, the Hamlet Womens Club, and the Ocean City, Maryland, Chamber of Commerce. Margaret enjoys jogging, biking, kayaking, golfing, and spending time with her grandchildren.