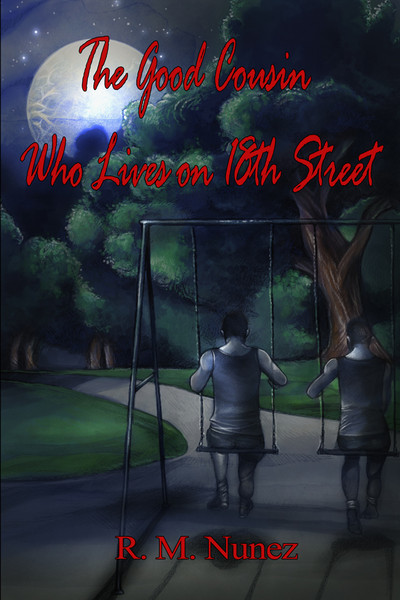 The Good Cousin Who Lives on 18th Street
by R. M. Nunez

My name is Ricardo Moises Nunez. I was born on February 6, 1990 in Staten island New York. My mother is from Ecuador and my father is from Honduras. I have one brother and one sister. I’m half Honduran, Ecuadorian and American. I grew up in a nice neighborhood, but as I got older, it changed to a bad neighborhood filled with gangs, and violence.

In High School I was involved with many gang affiliated street fights and was asked to be in a gang which I refused. I was very afraid growing up. I saw many violent things in high school. I had to fight to survive. I became used to it all. I even bought a gun for protection and retaliation. I never killed any one but I thought about it many times. I wanted to kill my enemies but I never did. I threw the gun away and my parents moved me to Florida because they knew if I stayed in New York, I would probably get killed or kill someone or go to jail. In Florida, I got into boxing and I graduated from high school. Then I moved back to New York. As I was growing up, I would write many stories and poems. Then one day I decided to write about my life growing up. Somehow some way later in life at the age of 26, I got sick and was diagnosed with a mental illness called schizophrenia. It was very hard for me and my family. We didn’t know what to do. We eventually heard about Nami national alliance on mental illness. My family and I went to family meetings to learn more about my condition. Those meetings helped us a great deal as far as how to cope with the symptoms of this horrible incurable illness. I began to take medication for my schizophrenia. I would hear voices and have hallucinations. It was very hard and still is very hard to live this way. Even though I suffer I am thankful to God for everything in my life even for my mental illness. I always wonder and still wonder what caused my schizophrenia. Maybe it was all the fights growing up, maybe to many hits to my head. I never sold drugs or took drugs. I guess it’s just meant for me to be like this. I feel it is my mission from God to help people with sicknesses. Even though you are sick and no matter what illness you have, you can still follow you dreams