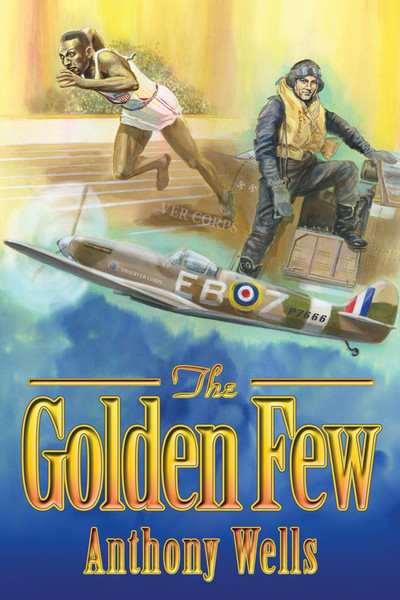 The Golden Few
by Anthony Wells

The Golden Few is the compelling story of British men who ran in the 1936 Berlin Olympic Games and four years later engaged in a war of survival, not on the running track, but high above the English countryside and over the Channel during the Battle of Britain. The life of silver medalist and RAF pilot Donald Finlay is intertwined with the colossal victory of the British four-by-four hundred-meter relay team winning gold in one of the greatest British Olympic victories of all time.

The story unfolds the struggles at Eleven Group within RAF Fighter Command during the summer of 1940 to stave off the Luftwaffes massive air assault, and takes us into the heart of the greatest wartime deception of all time and the work of one courageous female SOE agent in Northern France as the unwitting tool of the brilliant plan to fool the Nazi leadership. Behind this dramatic fabric of struggle, courage, and indomitable determination, lie several endearing and unforgettable themes--the British athletes relationship with the four gold medal winning American Jesse Owens, and their special relationship with Frederick and Roland Wells at Coventry Gear, revealing in harrowing detail how civilians were as much on the front line as the combat forces.

The finale in London at the 1948 Olympic Games is an emotional climax to a story that both warms the heart, and threads the complex personal relationships into a fabric that has not just enduring qualities, but reminders of sacrifices made and remarkable lives that shaped the worlds destiny.

Anthony Wells is a native of Coventry, UK. He has lived in Virginia, USA for over thirty years. He has four children. Dr. Wells is the vice president and a life member of The Plains, Virginia, Volunteer Fire and Rescue Company. He is a US National Ski Patroller, and enjoys ocean sailing, tennis, and flying. He is an FAA Certified Flight Instructor, and also flies single and multi engine sea planes.