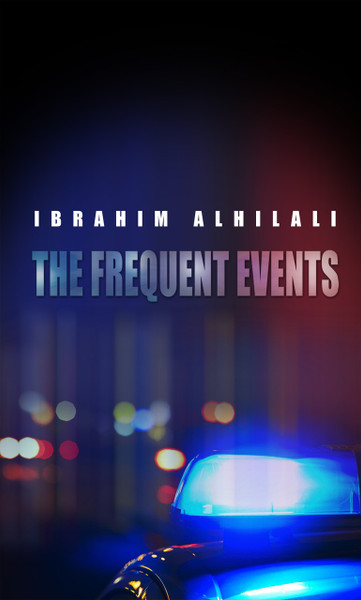 The Frequent Events
by Ibrahim Alhilali

Dimonala City is not an easy place to be a cop. As a family of gang members, scheming robbers, and vengeful cop killers take on the city right under the cops noses, chief of police Adams takes it upon himself to fill the shoes of his predecessor at the station and crack the case before its too late. Beginning with an attempted robbery of the gold market and leading up to death threats on his own sister, he searches to find a link, if one exists, between the tragic series of recent events. Unsuspecting innocents are becoming entangled in the deadly plots that are unfolding in the city, and Adams is determined to put a stop to it before more lives are taken.

With only a pendant and a piece of cloth as evidence, Adams resolves to find the ring leader, whose loyalty is to no one and whose absolute love of money has led to his utter disregard for human life. The gang is wreaking havoc wherever it goes, and the cops always seem to be trailing one step too far behind. Adams brushes with death many times as he closes in, but he keeps missing the mastermind. It only gets more complicated as different people are pulled into the gangs criminal plans after two brothers from the same crime family die at the polices hands. As the gang entices more people to join their plan, Adam is in for a lot of surprises when he realizes that not only is one of his men at the station involved, but a member of his own household may somehow be tied with them!

Back at their farm hideout, the clan plans their final steps before leaving the country. The crime is piling up around Adams, and it seems as if it may bury him alive. Now he has to sift through a gold market bombing, the massacre and robbery of a local wealthy family, and an ambush at the police station. But the answer might have to be traced back to the beginning, back to the first crime, where he found a familiar-looking pendant.

About the Author: Ibrahim Alhilali has worked as a government official in his native Sudan, a banker specializing in import-exports in Saudi Arabia, and is now a managing director for a contracting company in Qatar. He is married to a wonderfully supportive woman and the father of four children his best friends.