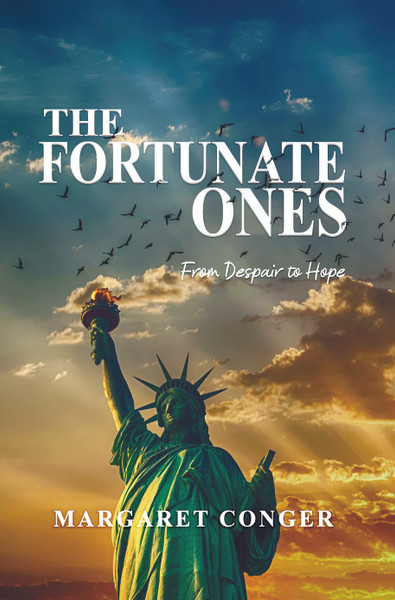 From Despair to Hope

As A student nurse, the author had an encounter with a Polish Jew who had been separated from his wife during World War II. His wife escaped from Auschwitz and was hidden in a convent until the end of the war. They met by accident after the war and emigrated to the United States. A sweeping and emotional tale, The Fortunate Ones goes on to explore how immigrants adapt to a new life and establish new families. The author’s hope is that readers will develop empathy for immigrants and see how, with support, these people can become productive members of this country. This is especially important now as we are experiencing another wave of immigrants from a war-torn country.

Margaret Conger is a retired nurse educator. As a student nurse she had an encounter with a Polish Jewish refugee who told her about his wife who had escaped from Auschwitz and then reunited with him after the war. This story has stayed with her for many years. She had so many questions. Finding answers to these questions has focused her reading and travel for many years. She has traveled extensively in Eastern Europe and Germany to see where the events in this story transpired. A trip to Auschwitz was important in finding a way for a person to actually escape from the concentration camp. A friendship with a fellow faculty member at Northern Arizona who spent the war years fleeing from Lithuania and staying ahead of the Russian forces piqued her interest in how immigrants adapt to life in America. Her friend Ruth arrived in Wyoming at age ten not knowing a word of English but thrived there. She was admitted to the University of Wyoming at age eighteen and became a nurse.

Each One, Teach One - eBook