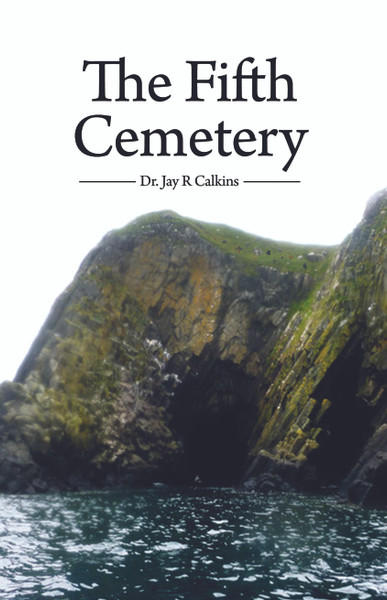 There are wispy strangers in the cemetery that appear in the fog and then mysteriously disappear right before his eyes. Danny doesn’t believe in ghosts, but does he now? Whatever is out there has him frozen and afraid like never before.—The Fifth Cemetery is the first of the Danny Collins series aimed to mystify the preteen reader with stories about the life of 13-year-old Danny Collins, a summer kid who lives with his mom and dad on a foggy, isolated island off the coast of Maine. His parents work seasonally at the Evergreen Island Inn and Resort, a historic hotel. Danny gets his first job as a groundskeeper for his great uncle, a local man who is in charge of all five cemeteries on Evergreen Island. Danny loves the independence and vigorous outdoor work he is assigned during the cool Maine summer days, a marked break from the hot summers in his home town of Miami, Florida. But the thick fog that envelops the island many afternoons is now filled with spooky, moving apparitions that terrify him. He loves his new job and doesn’t want to be afraid to go to the cemetery, so with help from his family and the local Sheriff, he seeks to find out what or who is really moving around in the ghostly fog. The mystery of the fifth cemetery consumes Danny and his family for many days. It peaks when Danny is almost killed by a bunch of roughneck smugglers who are most certainly not ghosts. The Danny Collins series is a project that will include several books that follow our young protagonist through many mysteries that will include an illegal dumping ring, marine mammal stranding and other environmental disasters that threaten the wellbeing of this small island community. Although he is stricken with the label of being “from away,” as locals refer to the summer residents, he is eventually befriended by some local kids who help him solve a myriad of environmental mysteries.

Dr. Jay Calkins is an educator with a strong background in biology and environmental science. He recently retired from Ransom Everglades School in Coconut Grove, Florida, where his son, Daniel was a student and his wife Kerry is also a teacher. The school year is spent in Miami and every summer is spent in Downeast Maine at a small cabin on a lake near the Gulf of Maine: We spend many hours hiking, biking, wildlife and bird watching, fishing and paddling in both places. He is still an active cross country coach at his school.

I Have a Dream Too! -eBook

What All Women Need to Know: From Teens to Menopause - eBook