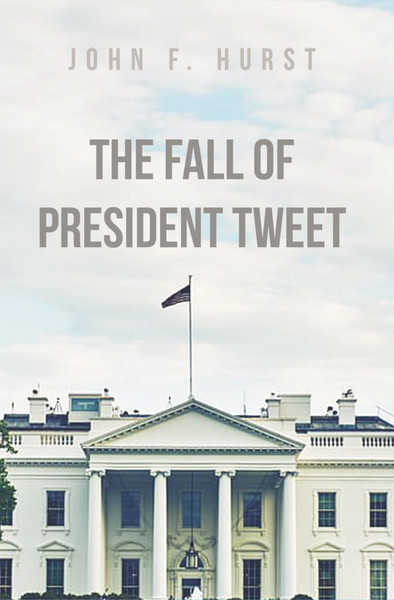 Having been defeated in his bid for a third presidential term, Steven Beck decides to seize power, setting off a chain of events that forces the nation’s First Lady and Vice President to undertake extreme measures.

The tale of a president who refuses to leave the office, John. F. Hurst’s political satire, The Fall of President Tweet, is a poignant reminder that absolute power corrupts, and that drastic times call for drastic measures.

Though originally from New York City, John F. Hurst moved to the Bay Area some 20 years ago to undertake a Doctorate in psychology. He has since come to see the Bay Area as his home and has built a career as a freelance actor, writer, and occasional singer.

Political activism has long been Hurst’s passion, and penning a political satire that addresses the nation’s descent towards madness is an act of political activism. When he’s not trying to raise people’s consciousness through the creative process, he reads, sings opera, and reads voraciously. He loves Italian food, chocolate, and great literature.