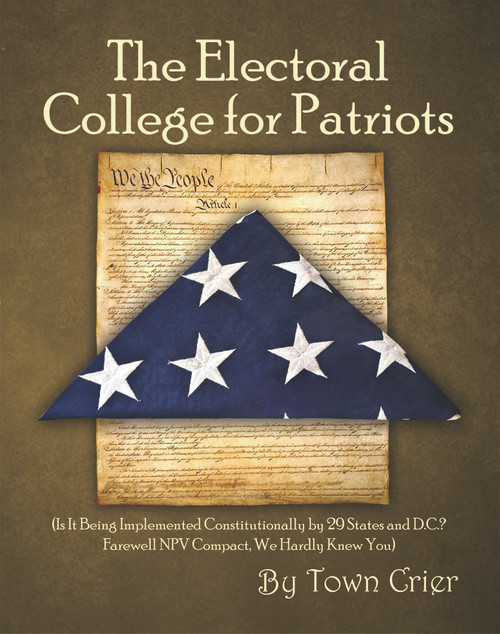 A large number of State legislators have sworn an oath to the U.S. Constitution. Have they violated that oath by upholding State laws that bind the votes of Presidential Electors? Is this an unconstitutional practice that could give life to the National Popular Vote Compact? The Federal legislators who also swore an oath have allowed this to transpire, why? This book’s creation was sparked by an online debate about whether or not the NPV Compact stands up to Constitutional scrutiny. The author researched historical Facts and discovered more alarming questions. Are there Federal laws governing Federal elections? Do the words of your state laws clash with the U.S. Constitution? Which set of laws is supreme? Can a compact affect states not signed on to said compact? Who will win this online debate? What is the Supreme Court’s opinion? It is our responsibility as U.S. Citizens to have this knowledge lest we suffer from the lacking of it.

The author is a U.S. Navy Veteran of Desert Storm. He is a patriot with a love of liberty and concern for his country. He considers himself a Town Crier who is continuing his sworn oath to protect and defend the Constitution of the United States of America by sharing these important discoveries. He believes that we are all on this journey together as U.S Citizens. Will We Go as 1 nation united or Will We Go All divided?