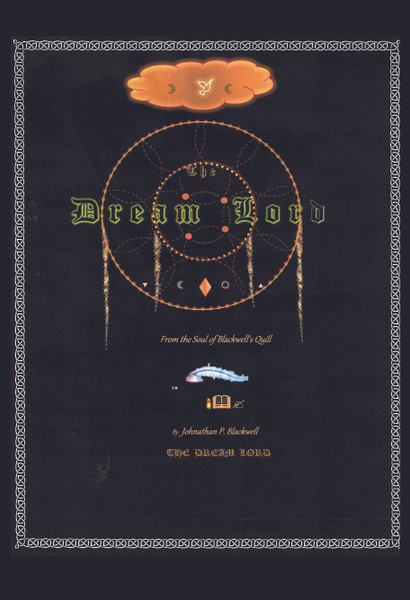 He's here because you want him here. The guardian of your inner self, caretaker of all you fear, and creator of your most intimate fantasies. He is "The Dream Lord!"

Have you ever questioned the meaning of a dream or wondered what spurred a nightmare? If so, step into the world of dreams and their makers to witness the mystic possibilities of the mind, passions of reality, and depths of an elder's wisdom. In this vivid occult tale, The Dream Lord shows that, of dreams, anything is possible and may or may not come true.

Johnathan P. Blackwell was born in Honolulu, Hawaii and lived there until age twelve. As a military brat, Blackwell traveled to Kentucky, Tennessee, Colorado, Kansas, and California. He graduated from Washington Union High School in Freemont, California in 1962 and worked for Bishop Moving and Storage in Long Beach before joining the U.S. Air Force in 1964. Blackwell spent sixteen years in Japan and nine months in Vietnam before being medevacked out. He served in the U.S.A.F. for twenty-six years. He later drove trucks, some long haul, for thirteen years.

Blackwell has played guitar in a band, and he also loves to play chess. He taught C141s and C130s Phase II School. Blackwell is interested in plate tectonics, astrology, astronomy, the mind, and making big puzzles, but his true love is writing novels. Blackwell has lived all his goals and then some. He is presently widowed and living in Ogden, Utah.

Lord of the North - eBook

Thou Saith the Lord - eBook