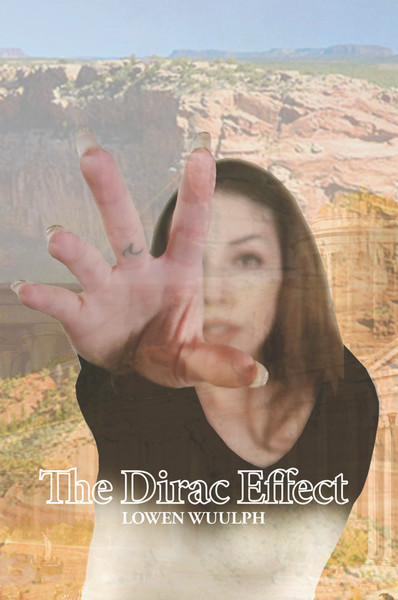 Nothing is as it seems in The Dirac Effect. The instant Diroldo "Diro" Mann and a seductive beauty known only as Harlowe make eye contact, they inexplicably fall deeply in love with one another. Yet, after they celebrate their love during a night of seismic erotic excess, Harlowe disappears. Bewildered, Diro sadly concludes that the amorous valence he thought bonded them together was perhaps nothing more for Harlowe than an epic one nightstand. Months later, plagued by a recurring cryptic text message, Diro becomes convinced it's from Harlowe. Decoding the message, he surmises she might be in danger and relying only on other similarly flimsy hunches, he launches a quixotic odyssey to find Harlowe. Something Diro calls "The Dirac Effect" drives almost every aspect of his quest, which is compounded by the erratic appearance of a ghostly vision that he believe she saw first on the night they met. When Diro learns that a very small number of Southern California residents also see this apparition, he wonders if the elusive Harlowe experiences it as well. As Diro's search for Harlowe deepens, other puzzling riddles emerge that connect to the perplexing apparition. Of course, the most important answers he seeks are who is the mysterious Harlowe, why did she disappear, and how can he find her? In pursuit of these answers, Diro encounters an enigmatic stranger who gives him an arcane artifact. What is that artifact's purpose? Has that stranger also intervened in Harlowe's life? Beyond these questions lie other mysteries that surreptitiously affect the destinies of Diro and Harlowe and enmesh both of them in a disturbing network of conspiracies intent on radically changing the entire fabric of human life.

The Effects of Climate and Geology on Hominins in the Pleistocene

Into the Shadows: The Enemy Inside All of Us