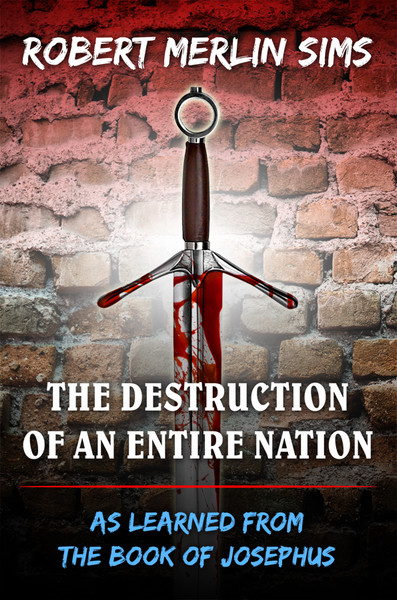 THE DESTRUCTION OF AN ENTIRE NATION
by Robert Merlin Sims

The destruction of the city of Jerusalem is a famously significant historical event. However, for reasons unknown, history has omitted the first-hand accounts of one man who experienced the entire war. This destruction was foretold by Jesus Christ, and was written about in the book of Josephus, a Jewish High Priest, president, and General of the Jewish army. Josephus was taken by the Romans and held as a prisoner of war, during which time he kept detailed accounts of the battles and what followed after. In this book, Mr. Sims describes, in wonderful detail, the intense battles between the Romans and the Jews which would eventually determine the fate of the city of Jerusalem.

Robert M. Sims is a servant of the Lord Jesus Christ. He is only one small voice, crying out in the wilderness of sin, wickedness, and corruption. His purpose is to make known the prophetic Word of God, and to prepare people for His judgment.

The Chaplain: A Lesson Once Learned Goes Onward Forever - eBook