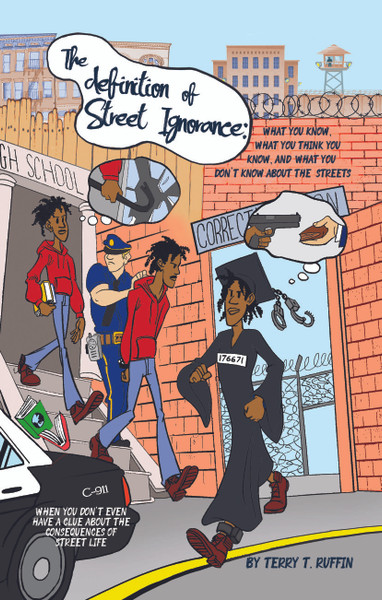 When we hear of someone being called ignorant, it doesn't necessarily mean that the person is stupid; it may mean that the person is unaware or lacks the comprehension of the subject or things that are being specified. The definition of Street Ignorance is a compilation of writings on the reality checks of street life and the ignorant behavior that one may present while out in the streets, living lawless and displaying unconscious rational thinking errors through drug dealing, drug addiction, ignoring the true dangers of street life and the consequences that one will suffer if faced with street ignorance and unknown federal laws. Not only is The definition of Street Ignorance an eye-opening read, but it’s necessary.

This book not only brings awareness but it also advocates a genuine interest in the lives of those who are exposed to negative lifestyles such as drug dealing, drug using, possessing firearms, gangs, and violence.

Terry T. Ruffin came up in the streets in the late 80s and 90s, when our culture highlighted drug dealing and addiction. These two formulas took havoc in his life. Almost to the point of death from his own best thinking, and a repetitive cycle of going in and out of jail and prison, his last incarceration he was tired and knew that enough was enough. He decided he would no longer rob himself from living a productive life. Terry began to use his past failures and experiences as a stepping stone, sharing his story with anyone that would listen. In spite of all of those challenges of the past, he can clearly see that it was those damaging factors of what he calls today street ignorance that gave him the strength to become not only a better person but more aware of the choices he makes. Today Terry is a full-time food service specialist, advocate for prison reform, motivational speaker, spoken word poet, and an activist, and he has taken an active approach at mentoring his city's youth.

You May Not Know It - eBook