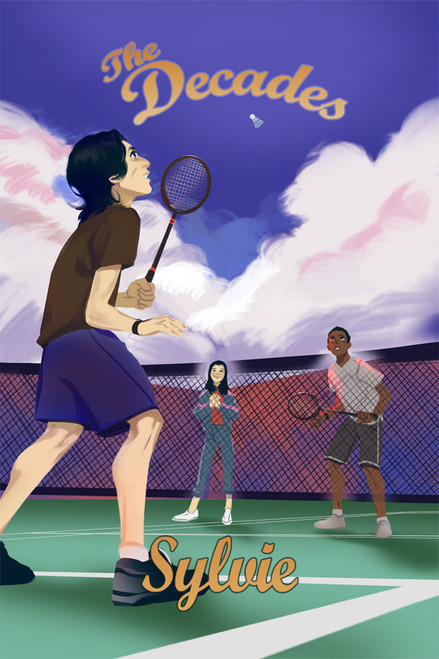 Author Sylvie met her first love, Gora, when she was 13 years old and living in Bangladesh. Though their time together was brief, their innocent relationship left a lasting impression. Thirty-seven years after they had first met, after marrying, becoming parents and immigrating to the United States, Sylvie still holds fond memories of the silky-haired boy who became her first love and is excited to reconnect with him and meet his family.

Inspired by true events, The Decades chronicles Sylvie’s life as she grows from a teenager in love to a loving wife and mother. It shows how many relationships we have throughout our lives influence and shape our personalities, and that while love changes with time, it never dies.

Sylvie is a Bangladeshi American living in Columbus, Ohio. While still in Bangladesh, she received a Bachelor of Arts degree. She has since married and is the mother of two wonderful boys.

Her hobbies include dreaming, singing, writing, travelling, cooking, baking, hosting guests and meeting new people. She is also a great fan of nature and the Almighty and considers every day of being alive a miracle, thanking God every morning she wakes. Currently, Sylvie works at Jo Ann Fabrics. She spends her spare time helping those who are underprivileged, often organizing concerts as charity events.

Dealing with the Decades - eBook