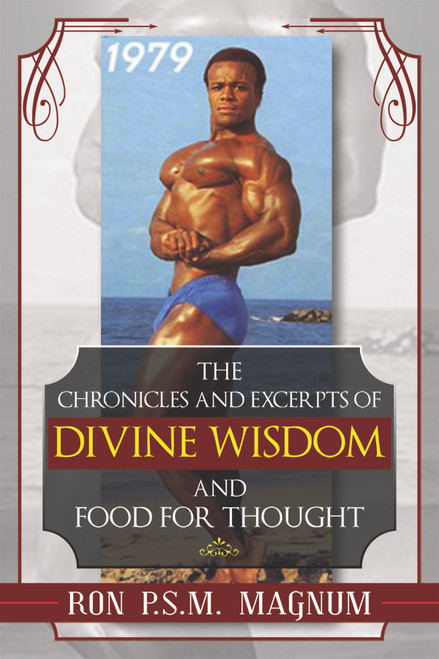 The Chronicles and Excerpts of Divine Wisdom and Food for Thought
by Ron P.S.M. Magnum

The Chronicles and Excerpts of Divine Wisdom and Food for Thought is a book of thoughtful and thought-provoking sayings and adages inspired by the authors life experiences.

- Sometimes when you move too fast, you forget where you are going. If you just slow down, you will know where you are and where you want to be.
- Worry never robs tomorrow of its sorrow and pain; on the contrary, it only saps today of its joy and pleasure.
- The secret to getting ahead in the game of life is to take that first step because it is a leap of faith.
- The true essence and beauty of life dwells far beyond the physical realm and the human eye.
- Worry always looks around, sorry always looks back, but true faith looks forward and ahead.

Ron Magnum has been an active professional athlete and a certified master instructor and diet center consultant since 1991. He is still going at it! He also went to school to become a mechanical inspector for United Technology Corporation (Pratt & Whitney Aircraft) in North Haven, Connecticut, in 1978 - 1987. Ron also took a course in Architectural Design and Drafting in 1975 and went to school to become a mixoligist in 1989. Ron also attended real estate school in 1983.